Life in Isle of Man

Located in the Irish Sea between Great Britain and Ireland, The Isle of Man is not part of the United Kingdom or European Union, but has the status of 'crown dependency', similar to Jersey and Guernsey, with an independent administration.

More information about temperatures and rainfall

Public transport is very good on the Isle of Man and a common way to get about. Buses run all over the island, even to remote destinations.

Public Transport incorporates Bus Vannin, modern buses which are comfortable and fully accessible. Also, railways including the Isle of Man Steam Railway, Manx Electric Railway, Snaefell Mountain Railway, and the Douglas Bay Horse Tramway. You can enjoy all the magic of this place by railway, although it’s not the fastest way to get around.

If you want to get around the island quicker, you can always go by taxi or rent a car

Here is more about the transportation

Restaurant and Groceries Prices in the Isle of Man are around 20% higher than in the United Kingdom and it has been reported that the majority of money spent in the Isle Of Man goes for transportation, because of higher prices for fuel.

You can read more about the cost of living here

Here is information about the restaurants you should visit

The Isle of Man’s food excels in quality and variety,  renowned for its fresh produce from flavorsome Queenies to succulent Loaghtan lamb.

You can choose from many different restaurants and you certainly won’t be hungry during your stay.

The Isle of Man prides itself on keeping you entertained during your holiday and you can find a wide range of clubs, from recognised UK brands, through to small local bars where you can try a locally produced beer or spirit.

Many of the bars perform 2 functions. A place to drink and party the night away in the evening and a more relaxed atmosphere and dining during the daytime. 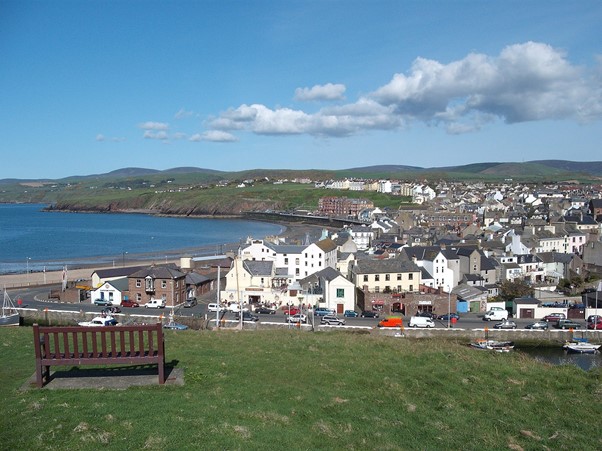 The Isle of Man became an island around 85,000 years ago when melting glaciers caused sea levels to rise, cutting off Mesolithic Britain from mainland Europe. The first human occupation arrived on the island as the ice age retreated some 10,000 years ago.

Early in its history the first Celtic tribes arrived from Ireland and began to inhabit the island.

The Industrial Revolution appears to have arrived on the island in 1854 with the building of the largest waterwheel in the world and around this time, the economy of the Isle of Man also began to change.

The Isle of Man is full of history and amazing museums and historical places you should visit to dive into their culture.

Discover a glimpse into Isle of Man culture and Museums.

You should know that those who want to work in the Isle of Man but who are not classified as an 'Isle of Man worker' will require a work permit before starting employment or self-employment on the Island.

There is a range of careers that are exempt from requiring work permits, including certain ICT and eBusiness workers, nurses, secondary school teachers, and social workers.

Moving to the Isle of Man soon? Looking for a job?

We are here to help you! Check out our current positions here. If you need help with the relocation process, contact us now.